“Arcadius, who then was about eighteen years of age, was born in Spain in the humble habitation of a private family. But he received a princely education in the palace of Constantinople; and his inglorious life was spent in that peaceful and splendid seat of royalty, from whence he appeared to reign over the provinces of Thrace, Asia Minor, Syria, and Egypt, from the Lower Danube to the confines of Persia and Ætheopia. His younger brother, Honorius, assumed, in the eleventh year of his age, the nominal government of Italy, Africa, Gaul, Spain, and Britain; and the troops which guarded the frontiers of his kingdom were opposed, on one side, to the Caledonians, and on the other to the Moors. The great and martial præfecture of Illyricum was divided between the two princes: the defence and possession of the provinces of Noricum, Pannonia, and Dalmatia, still belonged to the Western empire; but the two large dioceses of Dacia and Macedonia, which Gratian had intrusted to the valour of Theodosius, were for ever united to the empire of the East. The boundary in Europe was not very different from the line which now separates the Germans from the Turks; and the respective advantages of territory, riches, populousness, and military strength, were fairly balanced and compensated in this final and permanent division of the Roman empire.”

– The Decline and Fall of the Roman Empire, Chapter XXIX, Edward Gibbon (1776)

In 395AD the Roman Empire was divided for the last time between East and West. 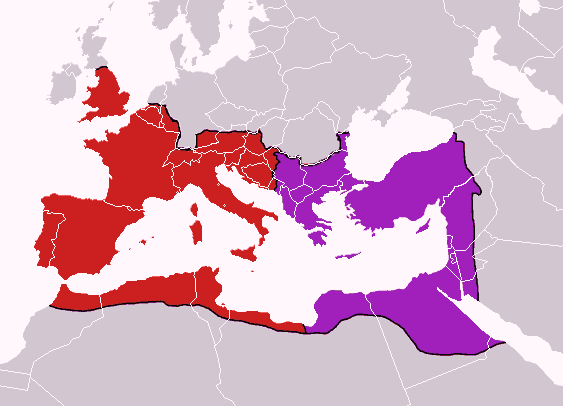 The Western Roman Empire quickly went into decline, culminating in the fall of Ravenna (the new Imperial capital) and the deposition of the appropriately-named Romulus Augustus, the last Roman Emperor of the West.

The Eastern Roman Empire on the other hand survived for another 1058 years. Ruled from Constantinople (formerly Byzantium – hence, Byzantine Empire, a definition imposed by later-era historians), and heir to the rich lands of Anatolia and Egypt, its fortunes waxed and waned along with its borders. 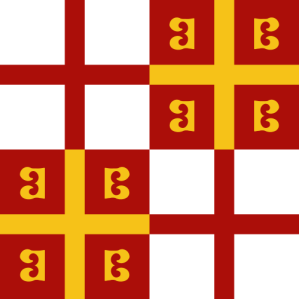 Under continuous threat from enemies both within and without, the Byzantines fought a series of wars the length and breadth of their empire, and ultimately suffered their own decline after the disaster of Manzikert (1071AD) and the events of the Fourth Crusader (1204AD).

When the city of Constantinople was conquered in 1453AD by the forces of the Ottoman Sultan Mehmet II, it was not only the end of the Byzantines but also of the last vestige of the traditional Roman state – a link to another world, another time.

In this series (which should be semi-regular for the next few months) I’d like to examine the events that shaped the Byzantine Empire from its (traditionally defined) formation to its fall; and in the process hopefully discover what made the Byzantines so enduring, unique, and interesting.

Next Part: Reconquering the West